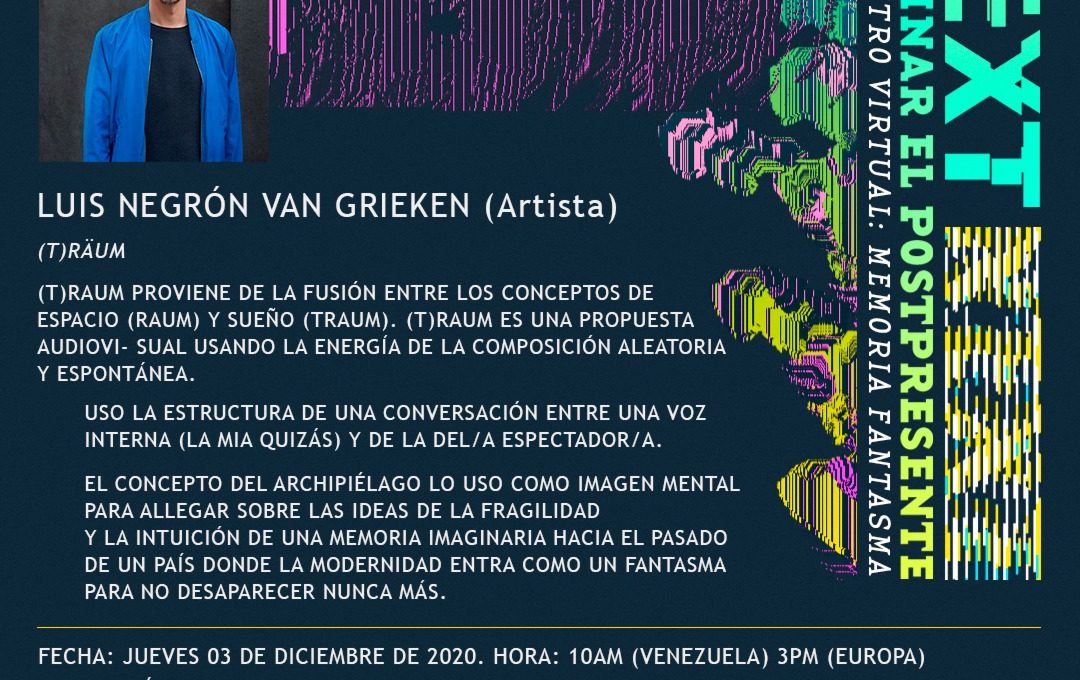 When Albert Einstein said: “Imagination is more important than knowledge” he was recognizing in the imagination the possibility of making new connections, developing new concepts and innovating ways of approaching reality. His idea that “Knowledge is limited, imagination envelops the world” allows us to investigate the current crisis without appealing to nostalgia or closing ourselves to the excessive. Our time is the post-present: a becoming of instants without certainties or future promises. Immersed in its inexhaustible flow we are called to recognize in the imagination a path to deal with our humanity in crisis. Philosophy, art and technology will do the same in this five-session meeting.

<ENTRY into the virtual exhibition>

Digital technology added to the fleeting nature of contemporary experiences has transformed the relationship between human beings and memory. Not only because memory has expanded around the body in an infinite number of electronic devices, but also because memories travel blurry through space and, like electronic ghosts, suddenly return to the interfaces of our technological extensions. For art and philosophy memory continues to generate dilemmas, for technology it poses challenges. This fifth edition will discuss memory in the post-present and its relationship to 21st century digital artifacts.