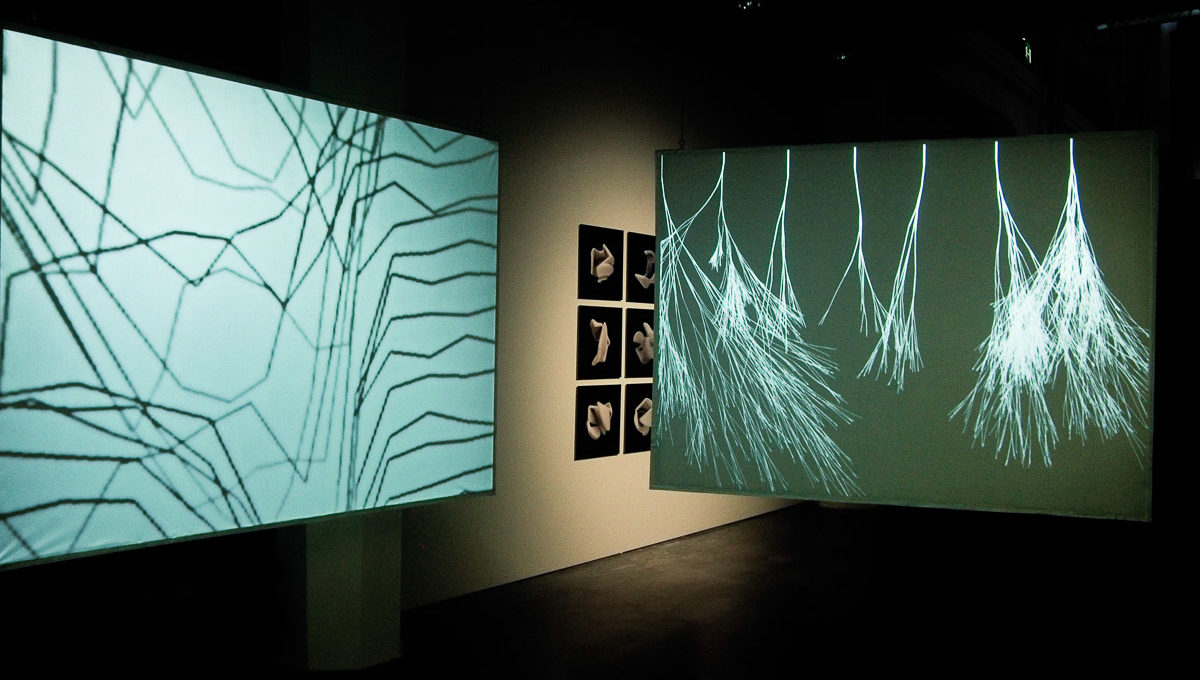 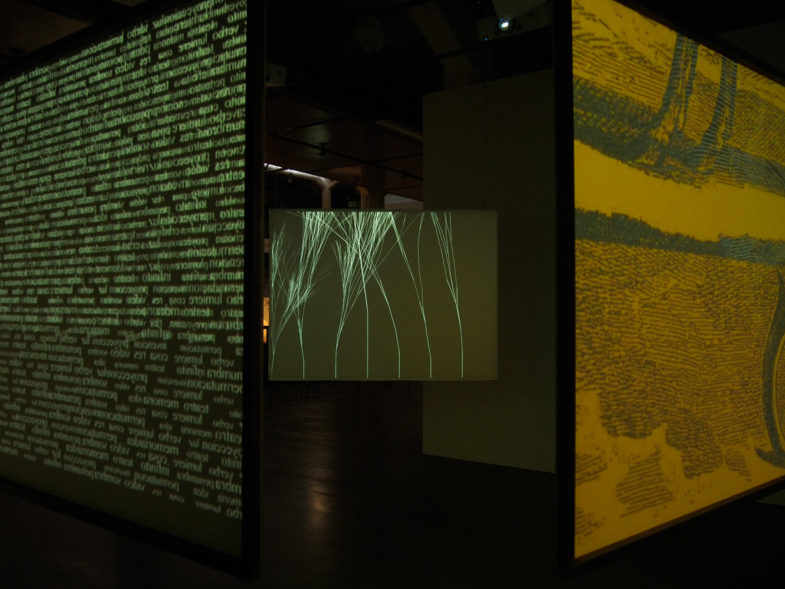 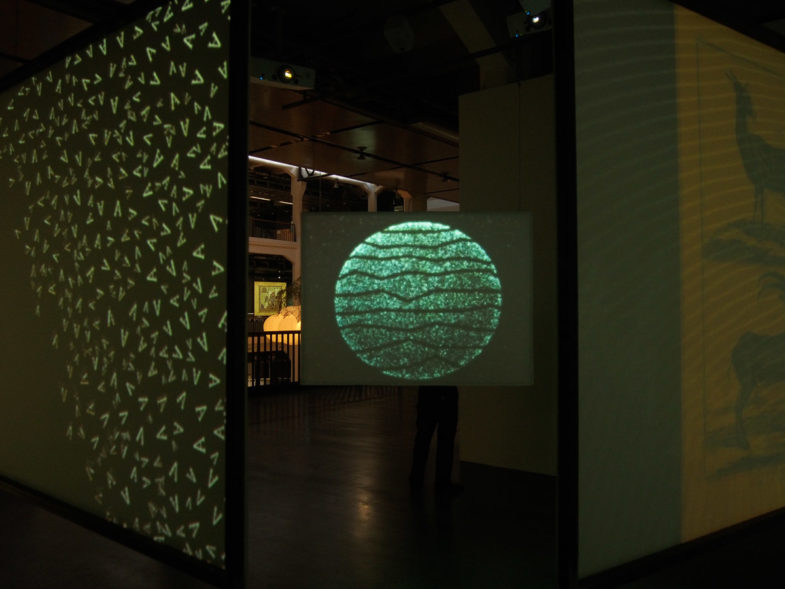 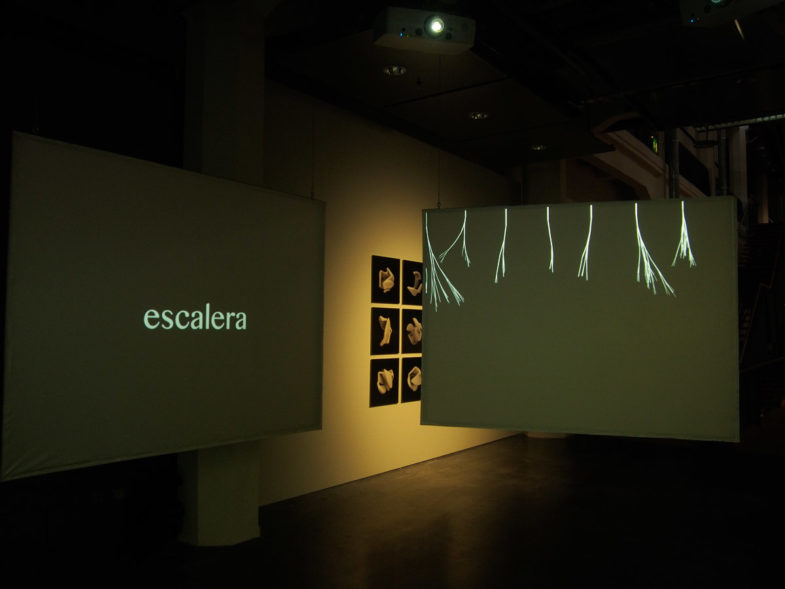 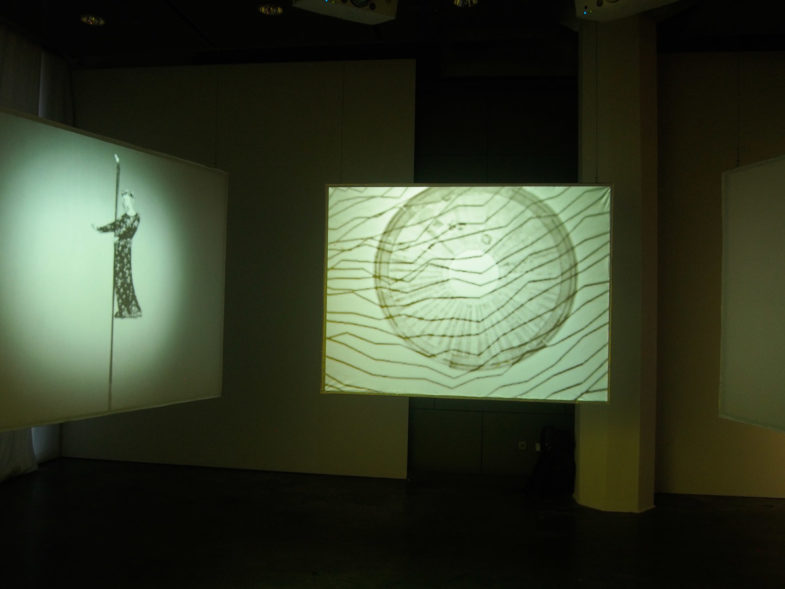 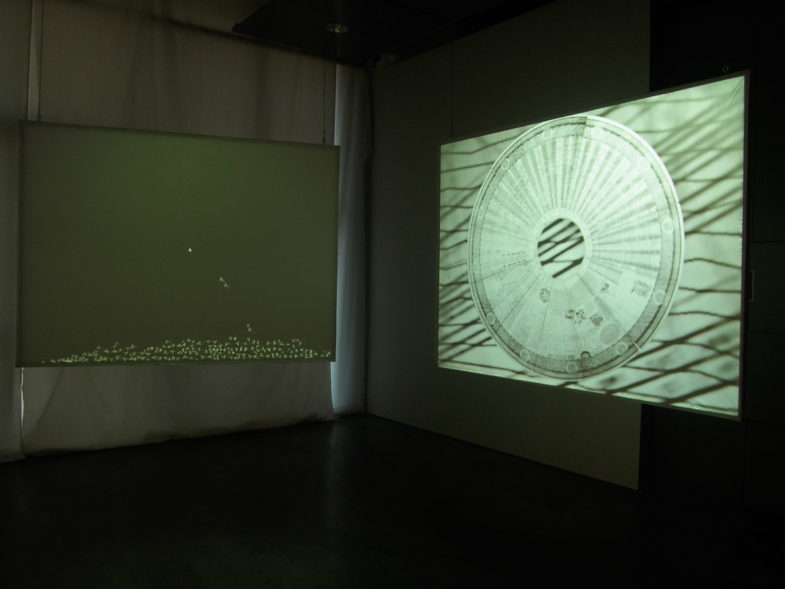 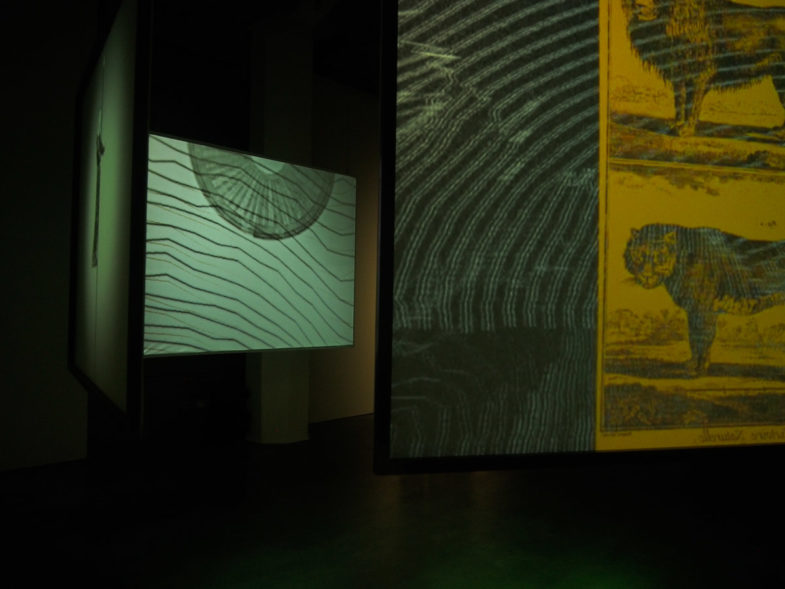 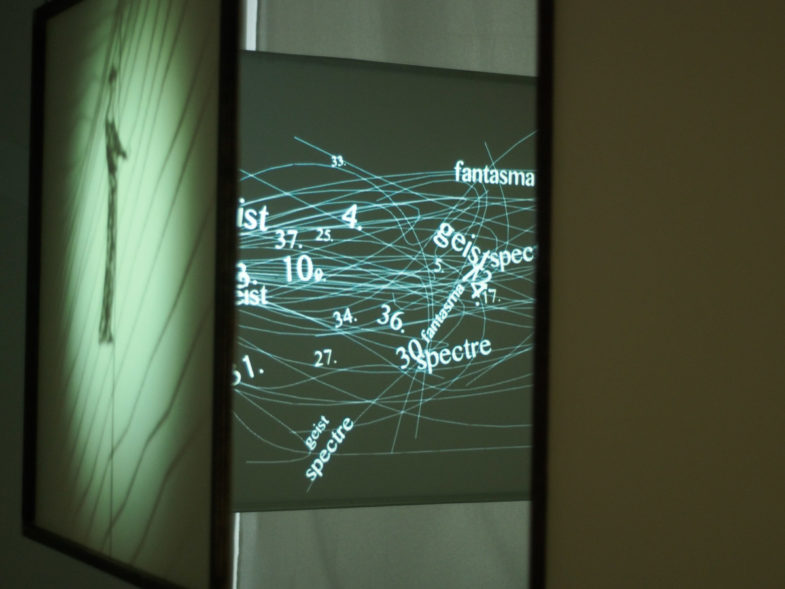 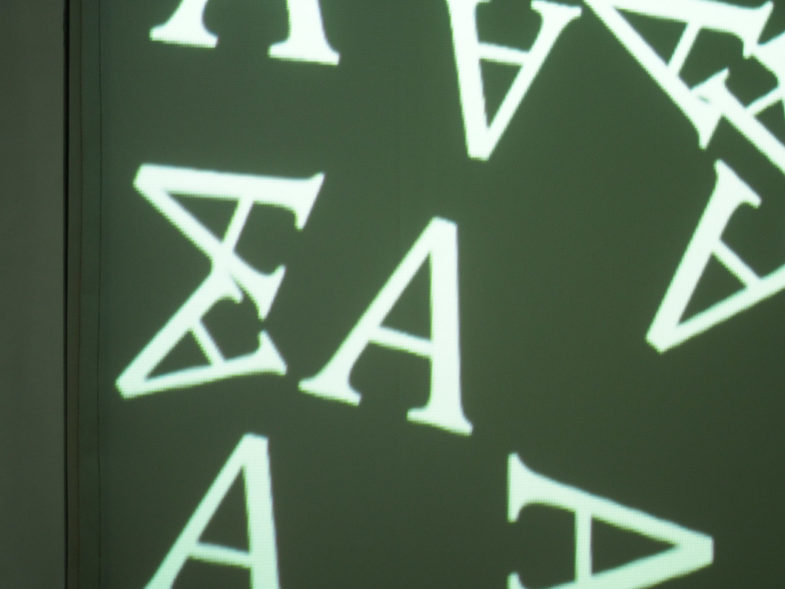 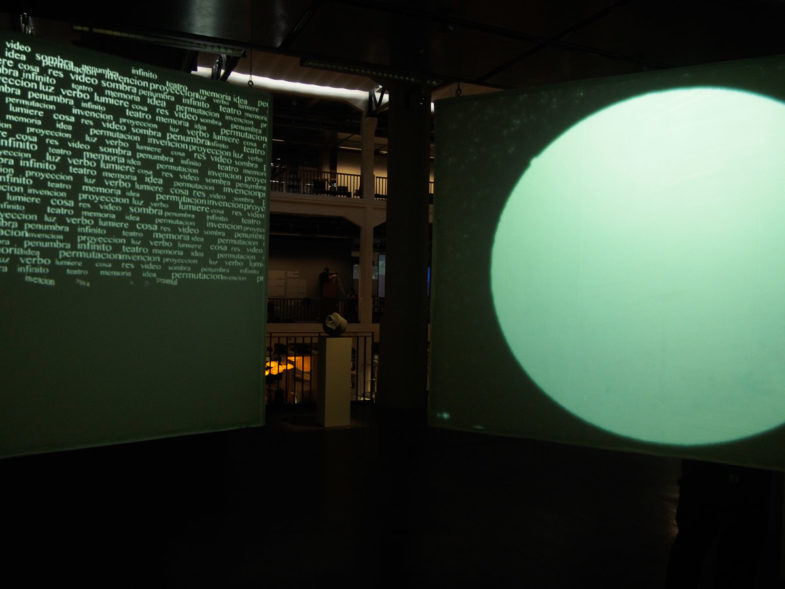 The exhibition »DIA-LOGOS. Ramon Llull and the ars combinatoria« is dedicated to the outstanding Catalan-Majorcan philosopher, logician, and mystic Ramon Llull (c. 1232–c. 1316), whose life and work continue to fascinate a host of thinkers, artists, and scholars today.

When listening to Morton Feldmann’s Vertical Thoughs I, one finds oneself in a temporal plane, where the tones resemble more spontaneous elementary particles, generating a sound density crossed by the phenomena of coincidence and accumulation, while one very well knows that all the musical plot is meticulously composed. In this same way De Umbris Idearum is considered as a kind of accumulation and coincidence, where the video sequences are spatial compositions in a 5-channel installation, creating an imaginary theater of memory that mutates and crumbles with the passage of time … a theater that we imagine builds and runs Giordano Bruno. This revives with DE UMBRIS IDEARUM the Lullian ghost of a combination logic.

How to invoke a spirit (shadow?) Builder of solid, but immaterial spaces (memory theaters)? How to sense this spectrum and make it resonate with another? How can two compositional architectures interact with each other in a space that might seem dominated by chance and uncertainty, but at the same time is arranged in a logical manner on the basis of simple and clear rules? How does the vision of two contemporary artists dialogue through videos and sounds orchestrating a resonant inventory governing by chance and synchrony? Without a simple answer, De Umbris Idearum is an installation that puts these questions into play through a compositional strategy that is a dialogue in movement and constant interaction of visual and sound materials, of ideas, of concepts between two creators that interact with the Ars Combinatoria language and with a spectrum / shadow (Giordano Bruno) who updates this “theater”.

The Shadow of Ideas

Giordano Bruno marks with his work „On the shadow of ideas“ a key work in the tradition of the art of the memory. On the XVI Century he proposes a philosophy that unites the combinatorial aspect of knowledge (attached to the tradition of Ramon Lull’s approach back from XXII Century) with the force of the imaginary, thus combining determinism with the unknown, as the unpredictable of the cosmos, the soul with its relation to knowledge. Citing Eduardo Vinatea’s introduction of the 2009 edition of Umbris Idearum, as a discursive architecture of the soul.