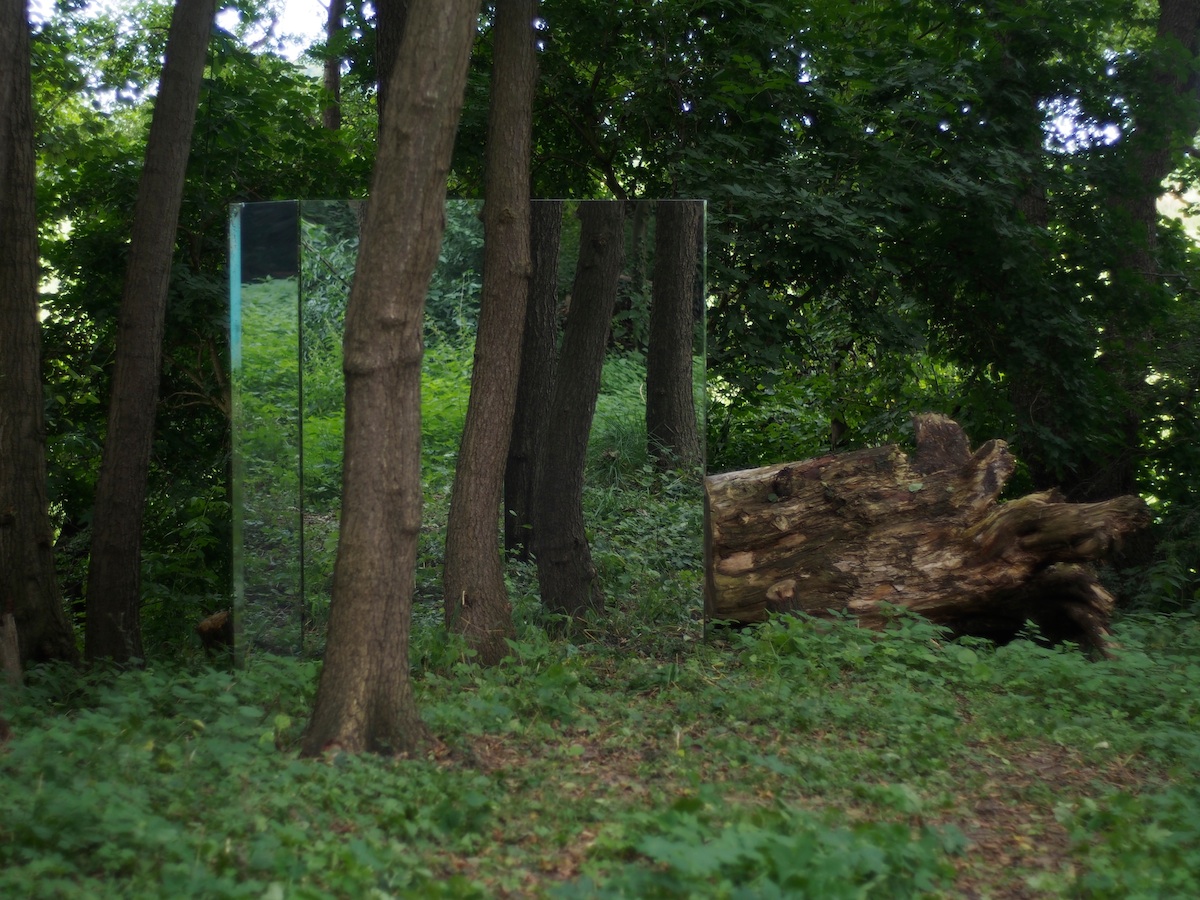 radio receivers in tuned in random frequencies an acoustical interruption of the natural surrounding creating a surreal situation.